Please note, as of November 2017, this project blog has been belatedly moved/merged into my new blog, fəxlüz. 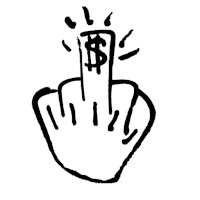 I'm looking forward to your visit!

Posted by fəxlüz No comments:

For the convenience and enjoyment (?) of those who've asked what I've been up to lately, here is a selection of a few exerpiental videos I've hacked together at in the later half of 2009. It's been a rare year in many ways, but was far from unproductive.

The process of producing a Pale Blue Dot episode involves, among other things, the consumption and digestion of a lot of media, in the ongoing search for the perfect bits. This sometimes leads to strange ideas, which can lead to the production of irrelevant side projects and one-off videos that tend to explore some aspect of audio-visual juxtaposition that I found interesting at the time. They're not masterpieces by any means, but they were enjoyable to create and contain some footage that may well survive into the next episode of PBD.

First up is a music video, created initially as a background video for a more complex Final Cut "Motion" project; it's set to Vangelis' track "Albedo 0.39". It's officially untitled, but currently lives on YouTube as "Albedo3":

Next up is a video stitched together from some BBC video ("British Isles, a Natural History") set to a Sphongle track called "Shpongolese Spoken Here." I'd been looking forward to the new Shpongle album for a while, but I initially detested "Shpongolese Spoken Here", especially what I felt to be its jarring and rather unmelodic beginning. Yet after a few listens, though, I began to appreciate what the track was about and the video magically clicked together in my imagination; I cut it together in a few hours and am quite pleased with the result. It baffles most, and bewilders the rest, but give it a shot. I could explain more, but what fun would that be? If nothing else, enjoy the BBC camera work, which is impeccable as usual.

With that out of the way, an update on Pale Blue Dot: Episode 2 will follow soon. To all who've waited -- thanks for hanging in there! Happy new year...
Posted by fəxlüz 9 comments:

It's been ages since I last posted -- indeed the world has changed pretty dramatically since July of last year. Yet to my surprise and delight, I continue to receive enthusiastic mails about PBD -- about five or so every month. They're always a blast to read, and I thank everyone for taking the time to share their thoughts despite my lack of project updates.

Several recent mails have asked about the soundtrack for Wanderers, so in this post I'd like to list the tracks more or less in order of their appearance, and maybe add a note or two about why I chose them. In keeping with the motif set by Cosmos, the vast majority of the music is by Vangelis, one of my favorite composers and musicians. I've made a special effort in PBD to dig a little deeper into his discography than many people have heard, and make appropriate use of some of his more obscure tracks; I am continually amazed at how varied, and useful, his music can be in documentary film making.

One of the goals I had for choosing music was to approach, as closely as possible, the overall feel of Cosmos and some of the classic BBC series produced by Adrian Malone (the director of Cosmos), while avoiding any of the actual music used within the series itself unless absolutely necessary. Editing requirements forced me to use a bit from Vangelis' "Ignacio" because a clip used to bridge the introduction and chapter 1 of "Pale Blue Dot" called for a bit of the famous "Sagan on the beach" (from "Cosmos"), where he hinted at the image of earth as a "point of light". Careful observers correctly noticed that I added music to this originally silent scene, transforming it from a decidedly somber rumination into something quite a bit more inspirational. I'm very pleased with how it all turned out.

Google Video has kept track of the number of times PBD: Wanderers has been viewed, and I'm very pleased that it's been watched over 50,000 times. I've been incredibly slack in re-releasing a high(er) resolution version of the video, but because so many have asked I'll be releasing a torrent before too long.

In other news, work on Pale Blue Dot episode 2 continues, although at a pace far slower than I would have preferred. Work and life commitments have regrettably pulled a lot of my attention away from my video projects, but the delay is merely that. With any luck and a bit more buckling down, I hope to have some good news to share in the near future.

Until next time, thanks for your continued interest in this project. Questions, comments, and offers of assistance in any way are gladly welcomed.
Posted by fəxlüz 7 comments:

Basically, a really sped-up version of PBD1 "Wanderers" with the nebula zoom from "Vision" (originally by some genius at the European Space Agency) thrown in for good measure, semi-synchronized and set to what some allege to be music. (myself included!)

Exactly a year ago I posted the finished version of "Wanderers" on Google Video, and I must say, the response has been very satisfying, if suitably muted. Thanks to everyone who took the time to watch the whole thing, as well as to comment, mail, or in some way let me know that you thought the video wasn't too shabby. I'm glad so many found it enjoyable.

As I may have said before, episode two is indeed in development. But as that was said late last year, with no update since, it's fair to wonder where things are at the moment, and maybe even to expect a word or two from me explaining the delay. I'm sorry I am not a more disciplined blogger, but that's reality at the moment.

At this point, it's only fair to admit that episode two is some months off -- mostly because I have completely ditched the PC as a video editing platform and have switched to Final Cut Studio on the Mac. I'm learning it quickly, but need a bit more practice with a few features to really get a better handle on it. This was a hard and painful decision to make for an old ex-PC partisan such as myself (my last apple was an Apple IIgs), and it required a lot of time and energy to have so successfully prevented myself from making this decision some years earlier. Switching to the Mac and recouping this needless loss of energy has taken some time.

Let it be said that while I still find the Mac incredibly annoying occasionally, Final Cut Studio 6.2 is so superior to what I was using before on the PC, it somewhat compensates. The straw that broke the camel's back, however, were the unproductive months I spent in "hard drive failure purgatory" that segued tragically and inevitably into "Microsoft Vista hell." After all that, even a Mac seemed downright inviting, and I'm happy to report that it was. I still use the PC, but the Mac has moved front and center a lot more quickly that I had thought it would...

Now, this is not to say that I haven't been doing anything video-wise in the meantime. In order to learn the new system, I started a series of prototypical "concept videos" using some powerful contemporary psytrance tracks and a few others a bit harder to classify. I've done two videos so far on the new system, and based on early reaction I don't expect they're going to be everyone's cup of tea. But they were fun to make and I learned a lot making them. They've been on YouTube for a little while, I'll post them here, shortly.

As the year went on and as the weather got nicer, I began focusing a bit more on my photography and videography, which will be of use in future projects. I picked up a few terabytes of RAID storage, implemented a solid backup system, and for the most part have completely retooled during the downtime. It's nice to be back. 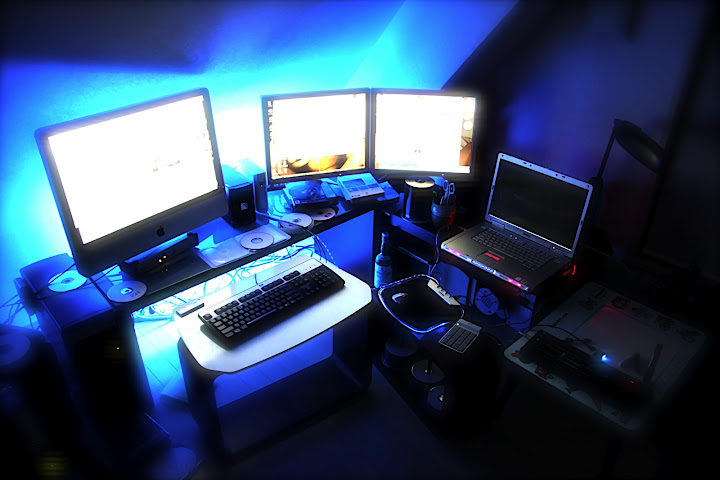 As far as actual project work, I'm still sifting through what the internet has to offer in terms of images and videos, and am collecting a lot of candidate content (and a very few sound effects) although actual editing probably won't begin until August at the earliest. That should ensure a release of the finished episode within the year.

Lastly, a few have asked if there is another high-resolution version of Wanderers available. The demise of Stage6 left us high and dry. If someone has an especially good suggestion about where "Wanderers" might best be posted, I'd love to hear it. Mail it on to lang.kasranov@gmail.com, especially if you can view it from anywhere on earth.
Posted by fəxlüz 7 comments: